Patrick Einatz is a freelance compositing artist & VFX supervisor based in Hamburg, Germany. We talked to him about the VFX industy and some of his recent project.

Can you tell us about your background?

My name is Patrick Einatz; I’m a 30-year-old freelance compositing artist & VFX supervisor based in Hamburg, Germany. My major tools are Autodesk Flame and The Foundry Nuke. I primarily work in the advertising sector but also did a few music videos and short films in the last couple of years.

How did you start in the visual effects industry?

During my college years, I had a few projects involving video footage. For that reason, I started working with After Effects and quickly became addicted. Over the years I built up a quite impressive stack of crappy videos, low level motion graphics and piece of s**t visual effects, but I loved it. So after I graduated, I put everything together in a show reel and applied for a job as a junior compositing artist at Infected Postproduction. I still don't know why but somehow I got the job :-)

How long have you been working in the VFX industry? What was your first paid VFX gig?

I’ve worked in the VFX industry now for approximately 4 and a half years. I think it was a 50min feature and manual video for the Porsche 911 Carrera.

How has the VFX industry changed since you started?

Not that much, as I’m not that long in this business but the foundry Nuke became bigger and more important since the day I’ve started. In TV-Commercial business agencies try more and more to do the work on their own. They build up their own departments with their own After Effects and Cinema 4D artists and doing a lot of work in-house. I have the feeling that Autodesk Flame is getting less important because today’s computer became so powerful, you can do a lot of serious stuff with just a laptop and the adobe creative cloud.

You know, this is basically my problem, I'm usually not proud of the work I’ve done. With every project I evolve and after it's done I look back and just see the stuff that could have been done better. But, pointing a gun to my head I would say I’m pretty happy with the result of the "Vodafone - Bucket list" commercial I did the VFX supervision for. It's a beautiful Spot and you can't "detect" the necessity of a VFX supervisor behind it. "If you do things right, people won't be sure you've done anything at all"

Can you tell us what you did on the Mercedes Benz AMG E-class, BMW X5 and BMW i8 film? What kind of beauty work do you have to do for car commercials?

Car commercials are basically all the same. Remove reflections, dirt, raindrops, Russian arm shadows and everything around the car that drags the attention from the product itself. Sometimes you have to clean up the streets or the environment so the perfect look of the non-existing perfect world that won't be disturbed by a leaf on the sidewalk, or something like this. BMW X5 was a little different, we had several shots with the England Rugby Team we had to chroma key, do some set extensions a little bit of camera projections. 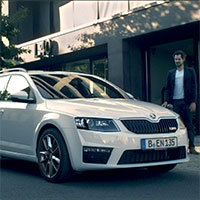 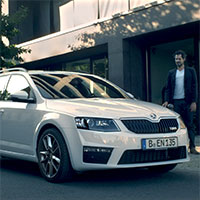 In the Google Chrome advert, you said you have developed an After Effects expression to simulate text-inputs. Can you tell us about that?

Yep. That was a huge amount of work, 5 clips each in 8 - 10 different languages. So we got this 40 to 50 versions and the one thing that had to be edited every time was of course the text. In every language the amount of letters were different so I wrote a short script that allowed you to copy and paste the text and do the animation tweaks with a single slider control. It was easy to build and saved us a lot of time.

Being a Flame and Nuke artist yourself, can you tell us what do you think about these softwares? Do you think Flame will be replaced, especially after the announcement of Nuke Studio?

Both tools are awesome. The idea behind Flame is really good I just sometimes wish Autodesk took a little bit more care of Flame. It's instantly crashing and sometimes just not working the way it is supposed to be. On the other hand it's comfortable to have everything inside of a single application, it's really fast and you got every tool you need for any compositing needs. But sadly, since 1996 Flame didn't really evolve like it should. Smoke on Mac was a smart decision, but it came at least 3 years too late. In my opinion they should've moved to a STABLE Flame on all Operating Systems in 2010. In that case Nuke would not have become such a big deal. But Nuke is, and it's awesome. Nuke-Studio will not replace Flame, nobody wants that, but it definitely will change a lot. For me buying Nuke Studio is a sure thing. 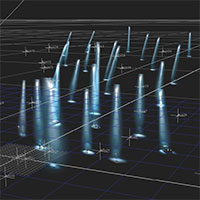 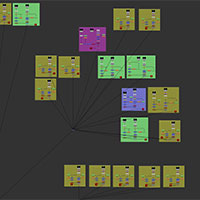 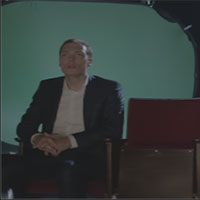 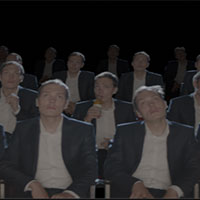 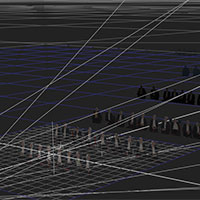 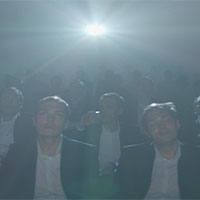 You have worked in many facilities before and just started freelancing a couple of months ago. What made you decided to be a freelancer? What are the challenges as a freelancer? Do you have any advice for people who are thinking about becoming a freelancer?

Yep, after 4 years working 24/7 (literally) I took the decision to quit. Working as an employee in this business takes a lot from you and it was taking the joy of doing visual effects from me. I was stuck; I didn't learn new stuff anymore, was underpaid and didn't have any hobbies because there was no time left for doing other stuff. Doing the step of becoming a freelancer is of course challenging, and depends strongly on the person you are how challenging it will be. Beside all the marketing, tax and legal stuff you have to do a lot of social work too. Writing emails, calling people, meeting with potential clients without falling into depression if Nobody of them is ever calling you again. You have to get up every day do a little advertising for yourself and call some people. It doesn't matter if you are the best artist in the world if nobody is hiring you for a project. My advice: Try to be a memorable person to your future clients while you're still employed. Always socialize. Make sure they won't forget your name and always try to meet new people. It's a huge network out there and it always helps to say "Hey Mr. XYZ, your good friend Ms. ZYX gave me your contact... blablabla".

You have done some on-set supervision. Do you have any tips for fellow compositors who would like to take up the challenge to become a VFX supervisor? What kind of skill is required?

It's good to know a lot about technical stuff. How does cameras and Bayer sensors work? What camera shoots what formats? What format uses what compression? How does a software chroma key work and what does a tracking algorithm behind a planar tracker? To prevent horrible mistakes on set its really important for you, to know your stuff. Get familiar with lenses. Always do your distortion grids, write everything down: aperture, focal length, height and distance of the camera to the object. It's better to have more information than need than the other way around. The most important skill is experience. If you know what can go wrong, what could be a future client issue on the particular shot, you'll know what to do. Think forward!
In the Vodafone commercial, there wasn't any particular VFX shots involved. But the client wanted to keep a door open for possible product exchanges and screen replacements on the products. My task was to be there for postproduction Q&As and to prevent "extra work" for the postproduction in terms of the product shots. What you see in the picture below is a "in-between step" of building a phone dummy. The client wasn't sure if there would be other cellphone models in the future. So we had to shoot something, in case we need to replace the mobile phone later. We took the smallest smartphone on set, took the measurement and built a wooden dummy. The pink tape of course are tracking marks and the missing piece on that dummy was a pane of acrylic glass on top to catch some reflections. 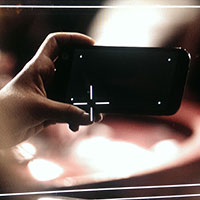 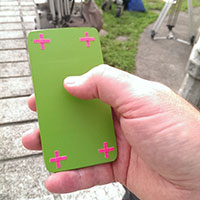 Finally, do you have any advice for people who want to get into the VFX industry?

Yeah, lower your expectation. You will not get rich and you will do a long time a lot of stuff nobody will see in the final image. If you can live with that and if you can afford to work at least a year or two without getting paid, try to get an internship. Studying helped me understanding the technical stuff but didn't help me to get a job. Practical experience, an eye for the detail and a lot of passion is what you'll need. Use the little off time you have to move forward, stay interested, read articles and observe the markets for future trends. Knowing about programming your own python scripts is a skill that is still pretty rare, and can catapult you very fast to the top league. Be a team player and never underestimate what you can learn from others ... and never, never ever, put any Andrew Kramer or greyscale gorilla tutorial stuff on your show reel.