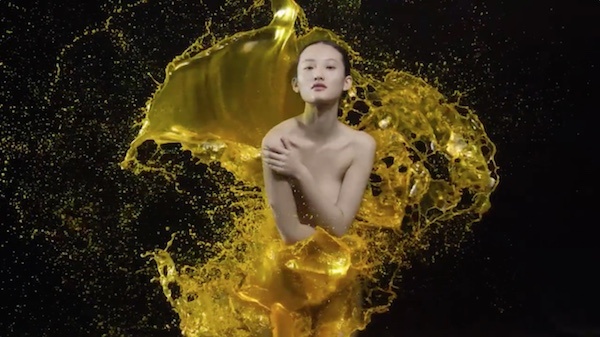 Erwan Leroy is a VFX supervisor based in Shanghai, China. We talked to him about his VFX career and how he became a vfx supervisor, as well as his experience in working in the VFX industry in France, Canada and China.

Can you tell us a little bit about yourself?

I have been a compositor in the VFX industry since 2008. I recently got offered to step up as a full time VFX supervisor for TV commercials, a position to which I'm still trying to adapt.

What inspired you? What was the first step you took to make your dreams a reality?

As a kid, my dream job was to "make video-games". I had no idea what it meant but I was fixating on it. A bit later I decided to try both 3D graphics and programming. At the time I didn't speak English yet and found programming was a bit hard; so I started training myself doing CGI. I started learning 3dsmax after school for fun, and got a few of my friends to join in so we could do some little (very bad) animations together.

You spent a couple of months working as an intern in Reepost (Paris, France). What were your daily responsibilities as an intern? How long did it take you from doing what you did as an intern to actually doing a comp in Flame?

When I got in as an intern at Reepost, I was supposed to be in the 3D department; My first assignment was to model a frying pan (one of these new models with the removable handle). I didn't do so well, and the lead 3D artist looked at it and made me restart from scratch. On the other side of the room, Adrien Lepineau was working on a cool project in Flame, and I was fascinated. I had done a bit of after effects before, so they just sat me on another machine and got me to do roto and clean up in combustion. My internship got longer and longer, and I ended up getting hired full time. After a few months I got to comp my own shots, first in combustion, then in Flame. I was also doing all the conforms and prep for the senior flame artists, which helped me getting used to handling a timeline. I ended up staying at Reepost for 3 years. At the end I was getting the chance to get assigned full projects that I would have to handle entirely on my own (Usually the projects that the senior guys didn't want to do).

Of all the places in the world, what made you decide to move to Vancouver? What are the fundamental differences between working in Canada and France?

I really wanted to do some more complex VFX shots, and work on feature films. At that time Vancouver was already starting to grow it's VFX industry considerably. I went there on vacation to see, and loved the environment. I started saving money for the move, learned Nuke after work as I heard it was the most common tool for Film comp, got a working holiday VISA, and booked a one way ticket a year later.

It's a bit hard to compare the work life in Canada VS. France as I was in very different companies, doing very different projects. The main difference I noticed is that in Canada they usually pay for overtime, while in France it's not really accounted for.

Why did you move to London? Did it have anything to do with the subsidies in the visual effects industry?

I did not plan to move to London. After a while working in feature films I found myself wanting to work on commercials again. I saw an advertisement for a Flame artist position in Technicolor Shanghai, and thought "why not?". I sent in my application and got a call a few hours later from MPC's recruiter. They were planning to re-brand Technicolor Shanghai into MPC shanghai, and needed an extra Flame artist over there. They asked me to come to London first in order to "learn the MPC ways" directly from the mother-ship. A few month later, I was sent to Shanghai.

Can you tell us about your experience working for MPC Shanghai? What is it like working in China? Different workflows, cultural differences, etc.

Working in China is different. It took me a while to get used to, and sometimes I still can't believe some of the stuff happening here. It's a relatively new industry in China; here is a lot of immaturity and the communication isn't always the easiest. Nothing is ever final here. You can be 90% done on a project and they decide to change the edit, or even sometimes the whole idea. Deadlines are moving around every three days, so it can be a bit chaotic. Having the resources of a massive company like MPC behind the studio definitely helped getting work delivered.

I used to always strive for invisible VFX, trying to be subtle and make it look seamless. I think that's what most VFX artists are aiming for in the West. Here in China, skies have to be turquoise with little puffy white clouds, and grass perfectly green. They want their effects visible. They love glints, glows and particles and always ask for more. However some clients are starting to get some very good projects, and although I've only been here for a bit over a year, there is a clear evolution of the advertising industry. It will take a few more years for Shanghai to be able to compete with other big cities like London or New York, but it could happen.

Fin Design, a boutique style VFX studio from Sydney opened an office in Shanghai about a year ago. They had a few VFX supervisors coming up from Australia for a few months at a time but were looking for someone who could stay full time in Shanghai rather than flying up their crew from Sydney every time. One of my friends was working there and suggested me; Three weeks later I was starting there.

As a VFX supervisor you get involved in every step of a project. You need to read agency/production briefs or storyboards to do an estimate of the work. You also need to foresee the challenges production will run into and guess what will need to be done in post. Once a production and director are attached to a project, you need to talk to them in order to better understand the scope of the work and discuss the best way to shoot specific parts of the project.

If needed and is possible, you will attend the shoot to supervise the VFX shots and be available for technical questions from the crew on other shots. In my case, once in post, I'll take over after the project is edited, and make sure everything gets completed in time, at the best possible level for that specific job. I need to assign the work to other artists, check their renders, do my own share of the work, then present it to the clients. Luckily I get help from the producers for the organisation part.

It's a tough job, I had done it occasionally before for specific projects, but doing it constantly is a big responsibility. You obviously need a minimum of technical and artistic VFX skills, but that's not too different from being an artist.

There is a whole "people" aspect that is a bit new to me. You need to communicate with the clients, the agencies, the producers, the artists, the director, the colorist,... You have to put on a little show the day of the presentation, make sure everyone is happy, take on the comments and suggestions that are being thrown around, and turn that into concrete changes to the images. For me, it's particularly hard to find nice ways to tell a fellow artist that the shot they presented to me is not good enough, I always feel a bit mean, but on the other hand I need to make them fix the shot.

I think the main skills to have are patience and resistance to stress.

You have been working for some of the biggest visual effects companies in the world. What made you decide to work for a smaller facility?

I like change. Different companies and different types of projects have very different challenges. I also like to learn new things constantly, and if I feel like I'm not really learning anything new at a certain place and falling into a routine, I tend to change and go for something completely different.

Working in smaller company like Fin is really nice because you get to know everyone. There are only 14 of us right now in the Shanghai office, and I think around 40 people down in Sydney. Even though we haven't met all of them in person, we frequently collaborate with Sydney on projects and get to meet everyone there through chat, mails, skype, etc.. It would never happen in a bigger company.

What are the main differences between working in feature films and commercials? What is your personal preference and why?

The main difference is usually the time allocated for a shot. It's rare in commercials that you really get the chance to push a shot to it's very best. I don't have a preference, after a few months on commercials I miss feature films, but after a while in feature films I want to go back to commercials.

Recently, my favorite project was a short piece called Metalepsis, directed by Justin Cooper and made as an art piece to be sold for charity. It's basically top-models getting splashed with various paints and pigments in slow motion. It wasn't really supposed to get any VFX work done on it, but I saw the film getting graded at MPC and I though it deserved a final touch. It was mostly clean up and beauty work, but it really helped the film get to the next level.

What motivates you to continue making your amazing online tutorials?

The tutorials are a good way for me to give back to the community a tiny fraction of what they gave me in the past. I would never have reached this stage without free online tutorials. I got some pretty positive feedback from a few people about my tutorials, so I'm happy it could help someone. I also use them for myself as a cheat sheet, I try to put in the tutorial things I tend to forget about so I can get back to it when needed.  I'm also enjoying writing these tutorials and doing the research to be able to explain everything I do. It's fun, and I wish I had more free time to write more of them.